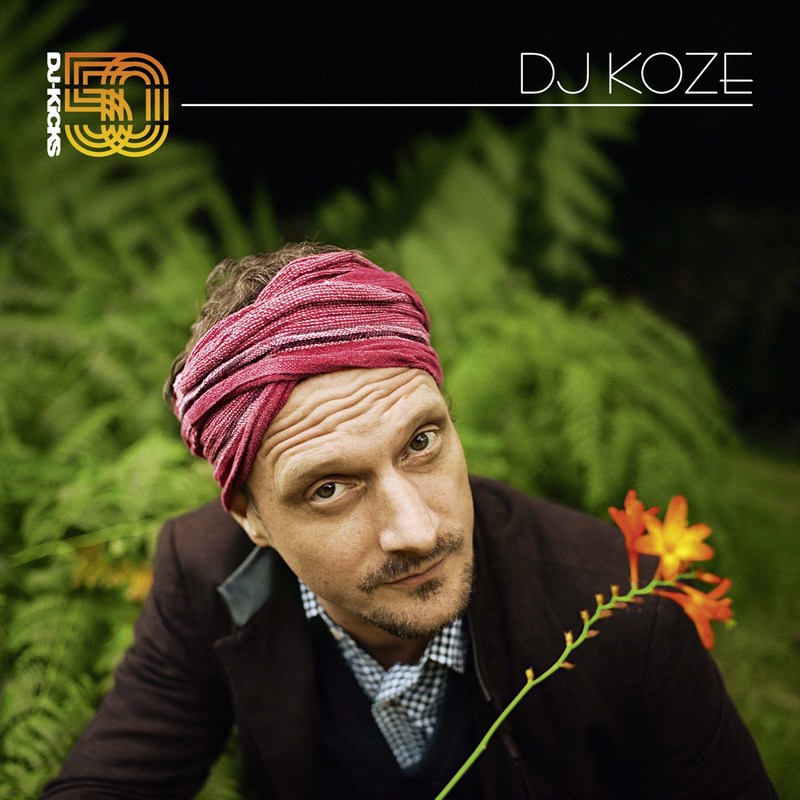 DJ Koze – with his friendly and sometimes slightly melancholic take on the world – is one of the greatest auteurs of club music today. Countless gigs worldwide, assorted productions and remixes have brought the Hamburg native to the center of the scene. He is particularly admired for the niceness, the weirdness, the soul and the humor in his music. And also because he makes it clear that music is something bigger and more encompassing than just a party. Koze is one of the few internationally active DJs who dares to make music that has relevance beyond the club.

Yet Kosi has never held up a certain style as a signifier for his music. He is concerned with the bigger picture, which is formed by a relentless curiosity and a penchant for making unlikely connections. His discography includes the hip hop of his early rap act Fischmob, the soul and funk of International Pony, the mixture between Dadaism and sonic research with Adolf Noise, and the reduced psychedelic house that he publishes under his own name.

During the 70-minute journey on his DJ-Kicks – the 50th edition – Kosi Kos manages to establish a uniform color even though genres alternate in a way that is rarely heard on a mix CD: the stripped down hip hop of Madlib, brutalist Berghain techno, timeless songwriting, floating indie-pop and outlier numbers that oscillate between absurdity and melancholy. Koze’s disregard for the stylistic yoke presents him with an immense challenge. Hence, almost all the tracks are more or less edited, and one is fully rhymed (Session Victim: Hyuwee)

Koze rambles on here himself: “I didn’t want to kick around sophisticated knowledge, but rather try and weave together some good gems that would make sense to anyone, even people who aren’t necessarily music nerds”. But this is blabbing that you can count on, also because he approaches the term “mix” from a different angle and doesn’t even try to make something fit that doesn’t fit: “During the day, I don’t need to hear anything that’s mixed on the beat. I put the focus on making sure that it works harmoniously – the idea is more to create the impression of a radio show, like people such as John Peel did so uniquely. There is a giant cosmos of music and it runs through my filter”.

He makes the point with his own brand new exclusive DJ-Kicks opening track – once again from a different angle. the Dilla-esque “I Haven’t Been Everywhere But It’s On My List” with its melting, fragile soul samples, the pinched, anxiously-expressive vocal snippets and sweet guitar riff says it all, and whets your appetite for more and more. The mood is gentle, laid back, extremely open and ready to take risks.

The space of the set has been opened. After the cool Dimlite track “Can’t Get Used To Those” and a long lost Boards of Canada remix, the journey heads straight over to LA, with three tracks from the legendary Stones Throw label. Two edited instrumentals from the maestro Madlib: Strong Arm Steady, Homeboy Sandman & Freddy Gibbs combine the sweetness of yesteryear with the beats of the present day – sweet surprise included! “The beats are unquantized and elements are too loud. Everything sounds broken, cracked. It’s punk and yet it has so much soul. There’s a hint of madness hidden beneath the blanket of harmony.”

MNDSGN’s “Camelblues” takes out the tempo and connects the sound world with the tangible. Suddenly, the Indian philosopher and guru Osho appears. That guy again.

The hitherto almost unused open mics of the hip hoppers are now gently taken up by the songwriters: “Pieces that are dear to my heart, that have a longevity, that are simply there and will sound good in many years. You don’t have to understand anything. They are greater and freer than anything else you’ll hear.”

Broadcast connect direct, serious, sixties-schooled narration with impenetrable electronic sounds, which are then met with Daniel Lanois‘ shimmering steel guitar. The next track is a mash-up (or a “Kosi Kos Mélange”) of a hip-hop instrumental from the Cincinnati-based producer Hi-Tek and the A cappella of The 2 Bears song “Modern Family“.

It’s pure magic! “When an A cappella is placed over another instrumental and in a different tonal setting, it’s usually even more beautiful than the original, because the vocal melody is no longer so understandable. Singers otherwise often follow the music too stringently. So then you wonder: How can somebody sing so monotonously over such varied music? The friction that arises is often magical.”

Also sad and melancholy is William Shatner’s “It Hasn’t Happened Yet”, a merciless pondering of a failed life that has the vocal magnitude of a Brian Ferry and the clarity and sobriety of Hall & Oates or Steely Dan. Marker Starling (Mantler) continues this serene seriousness, but exchanges the slick seventies songwriting for an extremely contemporary stylistic freedom.

Then Koze once again presents an entire new vocabulary. A guitar plays around heavy, flowing chords and a droning bass. With Session Victim’s “Hyuwee”, the imperative straight bass drum makes its first appearance in this set. Koze remixed the individual tracks from the piece with almost no new sounds and mixed and arranged them completely differently: The elements are free, they seem more detached, more insistent and eery, drifting away from the dance floor. The techno cosmos appears when it is completely unexpected, yet it carries on the unique mood of the Koze’s opener, the sadness of the beats by Hi-Tek or the depth of Shatner’s confession. The same goes for the heavy dub techno by Frank & Tony in Koze’s edit: even more melancholy and lonely. The soundscapes of the Berghain techno by Marcel Fengler are of enormous, besieging, intangible – yet they seem easy, charming and hypnotic: “A great, deep number. I thinned it out to bring it in, so that it has a chance to build up the tempo.”

Koze blended his thoughtful, contemplative version of the Portable track from the vocal version, instrumental and A cappella. “Superstar” by The Gentle People is a brilliant finale: As with Koze’s opening track, here the vocals and electronic sounds blend together and transform a bad feeling into a wounded, broken and – for that very reason – invincible energy.

This DJ Kicks is light music, and it entertains like hardly any other piece of music. At the same time, Koze reveals himself – with his entire musical biography and all his emotional contradictions. Koze sends us into a maze – and looks us straight in the eye, more directly than ever before.

Dimlite – Can‘t Get Used To Those? (Kosi Edit) / Efdemin – Ohara

Broadcast – Tears In The Typing Pool

William Shatner – It Hasn‘t Happened Yet