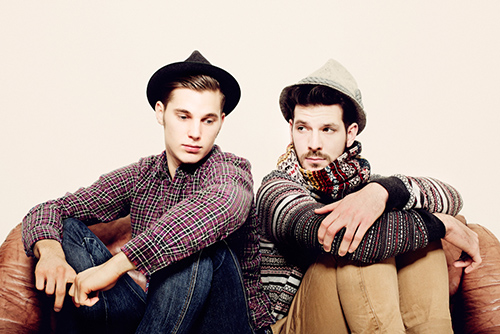 The two young producers, David Hofmann and Till Gerloff, found their common ground in and around House music. It eventually lead to the formation of Dürerstuben in early 2009. Yet, their musical starting point was somewhere completely different.

It was in 2007 when, in David's small home studio, the two began working on Hip Hop beats and lyrics. They then lost touch with each other for a while, a time in which they both individually discovered their love for the Berlin club culture and techno music. Based on this new-found shared interest, a reunion was inevitable and eventually lead to what the two now call House. Since, everything that has ever been of musical importance to Hofmann and Gerloff, has found its way into the distinct style of Dürerstuben.

From the roots of modern twelve tone music over Claude Debussy, Keith Jarrett, Cy Coleman, Roger Troutman, Michael Jackson and Daft Punk, LTJ Bukem, The Whitest Boy Alive to the House and Disco of the 80's and 90's and of course the Techno of the first decade of the new millennium. All these influences contribute to Dürerstuben's ambitious desire to create music with mood, soul and character. With this goal, the two friends have been producing pieces that move away and at other times towards musical mainstream, putting emphasis on the music's ability to move people's minds and bodies.

Aside from finding their own style, Dürerstuben have always been very keen on connecting with the live audiences during their live sets. Still today, Till and David draw a major portion of inspiration and fun from being part of the live atmosphere during a club night. The aspect of sharing their music and the ability of creating a completely new atmosphere plays a big role in how Dürerstuben work and function. In this way of being inspired, new wonderful details constantly make their way into the soundscape and also the stage design of Dürerstuben. No matter what the future holds for the duo, you can bet it will not be monotonous. Regarding the origin of the name Dürerstuben, all speculations remain mere legends. 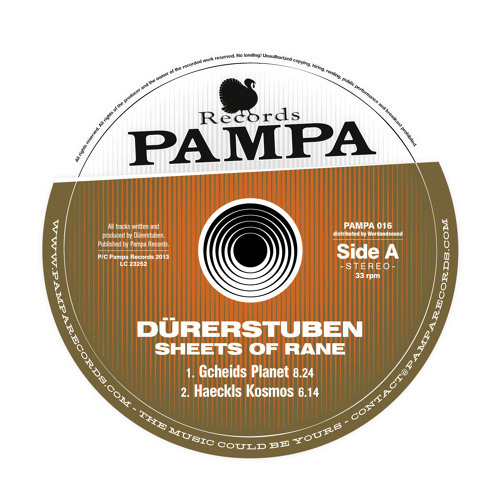