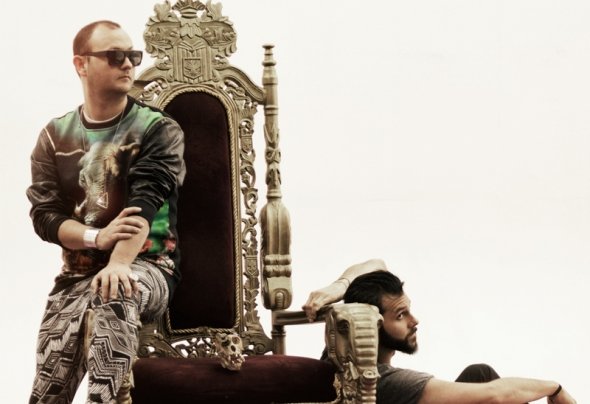 Ricoshëi is an electronic music and production duo from Los Angeles, California consisting of Nikko Gibler and Jake Patrick Cohen.

Ricoshëi released their debut single "Perfect Like You" on Dj Koze's highly acclaimed imprint Pampa Records on Valentine's Day 2014. It came out as the A-side on a split record alongside German DJ and producer Dave DK's track, Woolloomooloo. In December 2014, they also released their debut EP entitled Ghosts.[3] On 22 February 2016, they released their singles Fantasy and Tokubetsu. Furthermore, in April 2016, they featured on French DJ Jerry Bouthier's album Cafe Kitsuné with the track Darling, with vocals provided by Brighton-born singer Fiona Sally Miller.

Their music has continually been featured on the regular programming of globally recognized radio networks such as iHeartRadio’s “The IndependentFM”, Los Angeles’ “KCRW”, Sirius Radio’s “XMU” Channel 35, Toronto’s “CHRY 105.5FM” , Italy’s “RAI Radio2”, Ibiza-Sonica, Lebanon’s NRJ 99.1 FM, Germany’s Fritz Radio FM, Vienna’s FM4 and in the UK on BBC Radio6. German music website, TRNDMUSIK named “Perfect Like You” their #1 song of 2014. Throughout the years, Ricoshëi's music and performances have been featured on magazines and media outlets such as Rolling Stone, Pitchfork, Mixmag, Ibiza-Voice and Spin Magazine.

Some of their highlight performances include Coachella, Lollapalooza, SXSW, Corona Capital, BPM Festival, Mysteryland and the inaugural Okeechobee Festival in central Florida during the spring of 2016. Later that same year they performed at Iceland's "Secret Solstice" Festival which takes place during the midnight-sun. After their show in Reykjavik, Ricoshëi went on to play shows in Germany, Italy and Switzerland.

On Valentine's Day 2017, and marking the 3 year anniversary of their debut single "Perfect Like You"; Ricoshëi will release a brand new single called "If Ever" under their own imprint, "What's That?". This will be available for purchase on all music download stores as well as on most streaming services.