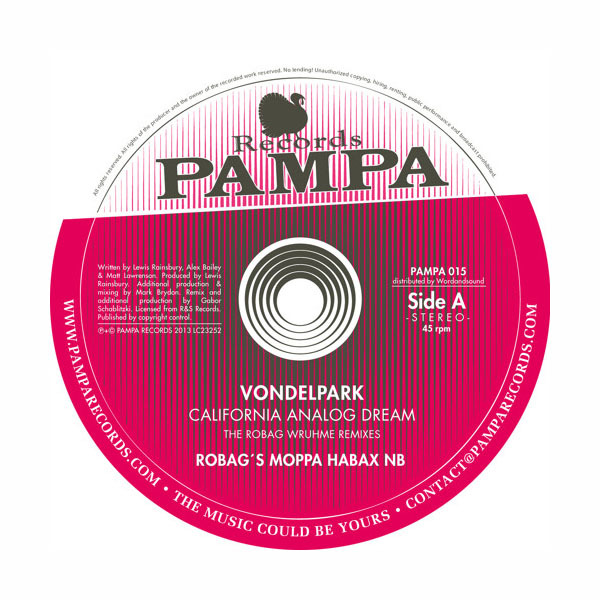 With “Moppa Habax NB”, our beloved Robag takes certain elements of the original—most notably the bittersweet vocals and gentle guitar strumming—and weaves them around a functional house stomp. The dusky feeling is still there, but with an ultraviolet sheen and those quirky flourishes that have become trademarks of both Mr. Wruhme and the Pampa label.

Flipping the record over, we hear Robag shift Vondelpark's pop tune further into dubbed-out DJ tool territory with “Habay Latoff NB”, placing it atop a hand-cranked mechanical pulse that's more tech than house. The vocals are reduced to a mere atmospheric aspect, letting Robag's buzzing and clattering do the talking, as the underlying drawn-out melodic phrases breeze past, with plenty of auditory curveballs to make your ears smile. Grab the vinyl version now—R&S won't be offering these remixes digitally until later in the year.